With the holiday travel season already underway, new coronavirus cases are surging in the United States, prompting governors and mayors to once again wrestle with how far to go to combat the virus as federal officials said that omicron has become by far the dominant form of new virus cases in the country.

In New York state, reports of new cases shot up more than 80% over two weeks. In Washington, D.C., where the mayor reinstated an indoor mask mandate Monday, more than three times as many infections are being identified each day as at the start of December. In Boston, another place where cases are surging, Mayor Michelle Wu on Monday announced proof-of-vaccination requirements for certain indoor spaces like gyms and restaurants — but notably did not order any places to shut down.

“We all remember the gravity and uncertainty as those early weeks turned into months,” the mayor said of the grim spring of 2020, “as schools were shut down along with small businesses, child care and so many parts of our daily support systems.”

There is a key difference between then and now, Wu said as she announced the new measures: “Today, vaccines are available for every adult and even children as young as 5 years old.”

On Monday, the Centers for Disease Control and Prevention reported that omicron, which accounted for less than 1% of new COVID-19 cases in the United States as December began, now accounts for nearly three-quarters of new cases, underlining how stunningly infectious it is.

Still, even in hard-hit New York, officials were shying away from widespread lockdowns. In a news conference Monday, Mayor Bill de Blasio of New York said the city must “move faster” in its response to the latest wave of new cases. The mayor said the city would focus on increasing vaccinations, broadening access to tests and ensuring hospital capacity. But he said that city employees would still be required to work in-person and insisted that another lockdown “would have horrible impacts on the people of this city.” Though the alarming numbers may echo some of the earlier waves of the pandemic, there is also preliminary evidence from South Africa that the omicron variant may cause less severe disease. Hospital admissions in that country have remained lower than in previous waves. And many in a weary public have grown less tolerant of the most disruptive mitigation measures, like the closing of schools and businesses.

President Joe Biden is scheduled to speak to the public about the omicron variant Tuesday. He, too, is expected to double down on the importance of vaccinations and boosters, as opposed to school closings and more shutdowns.

The president has repeatedly said there will be no need for lockdowns, and the CDC announced new guidelines last week to help schools stay open, by allowing children who are exposed to the coronavirus to “test to stay” instead of having to quarantine at home. 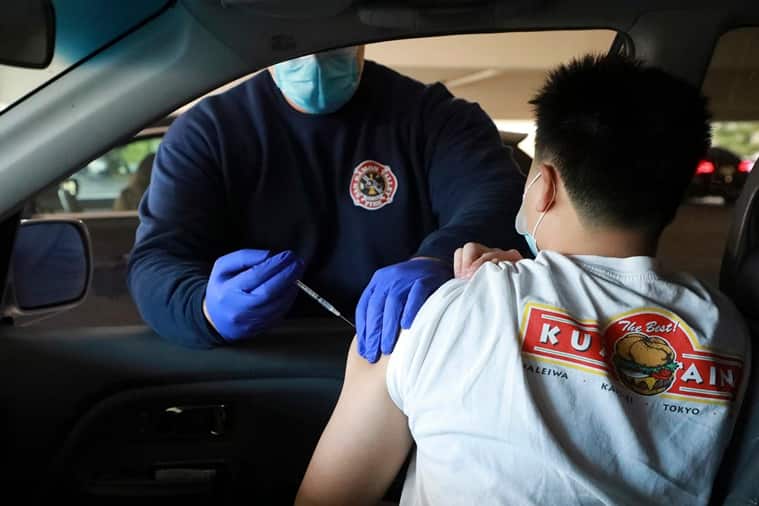 Breakthrough omicron infections are common, but scientists believe that the vaccines will still provide protection against the worst outcomes. Even so, some researchers are worried that the dangerous infectiousness of omicron poses a threat to the nation’s already strained health system.

“We’re in deep trouble,” said William Haseltine, a virus expert and former Harvard Medical School professor who is president of Access Health International, a nonprofit global health think tank. He urged Americans to cancel holiday party and travel plans, work from home and avoid public transportation if possible, and go out only when absolutely necessary — and then wear a mask.

“We should have learned our lesson, but we grossly underestimated this virus and were unprepared for COVID coming back in a newly transmissible and virulent form,” he said. “And we’re going to pay the price.”

One of the most urgent concerns now — as it was during admonitions about “flattening the curve” in the pandemic’s earliest days — is whether the new wave of cases will strain and perhaps even overwhelm hospitals. Some scientists and public health professionals worry this is already happening. 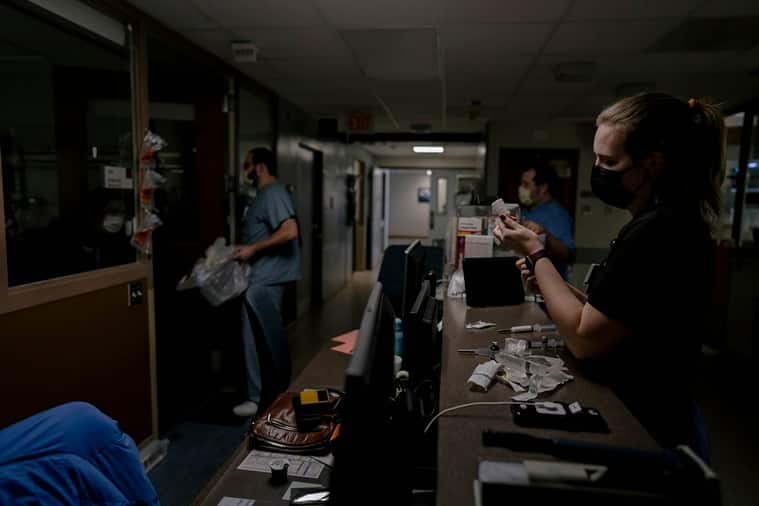 “Our state health care system is currently collapsing,” Dr. Nadine T. Himelfarb, the president of the Rhode Island chapter of the American College of Emergency Physicians, wrote in a letter sent last week to the governor and the director of the state health department.

“Imagine patients dying while waiting to be seen by a doctor who is 50 feet away and, because of lack of staff and thus capacity, simply unable to treat them. This is a true tragedy that is currently unfolding for citizens of Rhode Island.”

The tens of thousands of new cases in recent days have included lawmakers and high-ranking officials, including Gov. Larry Hogan of Maryland, Sens. Cory Booker of New Jersey and Elizabeth Warren of Massachusetts, and the New York state health commissioner. The past week has seen a cascade of cancellations and postponements, from professional football games to the World Economic Forum in Davos, Switzerland. Plans to return to the office have been scrambled once again and travelers have reluctantly begun, for the second winter, to reconsider their holiday travel.

In Florida, Hawaii and Puerto Rico, where infection levels had been relatively low in recent weeks, explosive case increases had suddenly emerged. In Wisconsin, where hospitals had already been strained by a surge of the delta variant, public health officials urged residents Monday to keep holiday gatherings small and to get tested before celebrating with people outside their households.

“We are at another critical moment in this pandemic,” said Karen Timberlake, the secretary-designee for Wisconsin’s health department, who said 96% of intensive care unit beds in the state were occupied. “The highly contagious omicron variant of COVID-19 has been detected and is anticipated to cause a rapid increase in disease activity in our state in the coming weeks.” 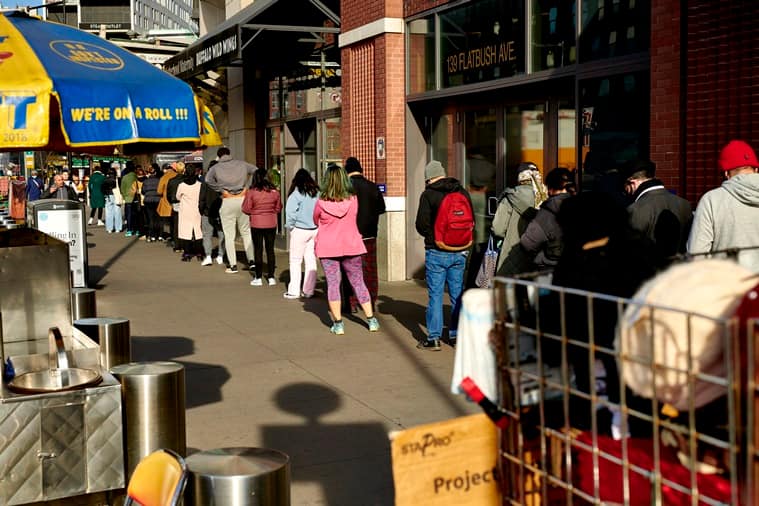 A line for COVID testing in New York on Dec. 17, 2021, where reports of new cases statewide shot up more than 80% in the last two weeks. (Gabby Jones/The New York Times)

In a welcome bit of a good news, Moderna announced Monday that a booster shot of its coronavirus vaccine significantly raises the level of antibodies that can thwart the omicron variant. Pharmaceutical companies Pfizer and BioNTech had announced this month that a booster shot of their vaccine also increased the level of antibodies against omicron.

But only about one-third of American adults who are fully vaccinated have received a booster. The risk that presents as omicron approaches is laid bare by the severity of the recent spike in cases in New England, the most vaccinated region of the country.

Nearly 11,000 people in the six New England states are now testing positive for coronavirus every day. Almost all of these states have also seen an uptick in the number of hospitalizations and deaths over the past two weeks.

To New Englanders, and likely to many across the country in the coming days and weeks, this recent pattern has been bleakly familiar — and extremely frustrating.

“We were trending in the right direction with the vaccines,” said Ezra Small, 40, who lives in Pittsfield, Massachusetts. He had started seeing friends, if reluctantly, and even celebrated Hanukkah with family members.

Now with the arrival of omicron, he said he had once again stopped socializing completely. After all the talk of things slowly returning to normal, he said, “it really sucks.”