Why do women sprout chin hairs as they age?

Q: Why do women sprout chin hairs as they age — and what’s the best way to remove them so they don’t grow back darker and thicker?

A: If you’re a woman who is growing new chin hairs, the first thing you should know is that most of the time, “this is perfectly normal,” said Dr. Joel L. Cohen, a dermatologist and director of AboutSkin Dermatology and DermSurgery in Denver.

As women get closer to menopause, he said, the balance of hormones in their bodies shifts, and they can start producing more male-type hormones known as androgens. Androgens, Cohen said, can transform the kinds of hair follicles that women typically have on their faces — ones that produce short, thin, light hair known as peach fuzz — into follicles that make thicker, darker hair.

As for why some women sprout these hairs and others don’t, that’s often down to genetics, said Dr. Angela Lamb, a board-certified dermatologist at Mount Sinai in New York City. If you’re growing unwanted hair and your mother, sister or grandmother did too, that’s a sign that this kind of hair growth runs in the family. 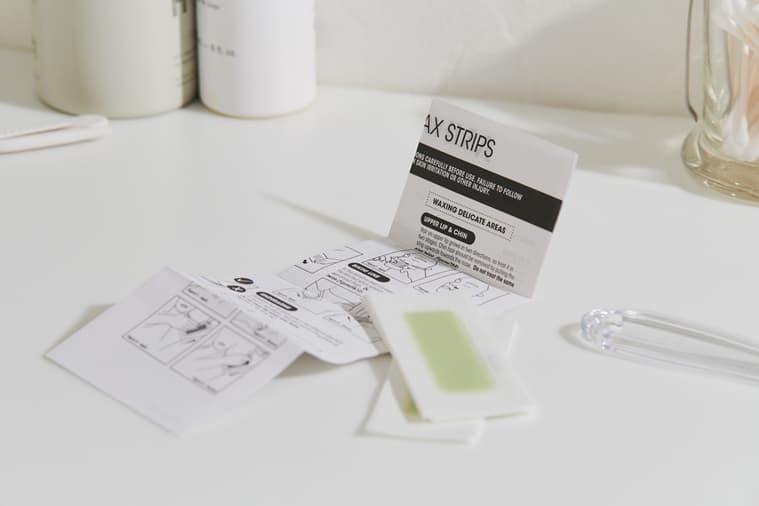 As for why some women sprout these hairs and others don’t, that’s often down to genetics, said Dr. Angela Lamb, a board-certified dermatologist at Mount Sinai in New York City. (Aileen Son/The New York Times)

How to remove them

There are many safe ways to remove unwanted facial hair, including tweezing, waxing, threading, shaving and using depilatory creams. If you’re worried that any of those techniques will cause your hair to grow back thicker, you can relax on that front.

“It’s a myth,” Lamb said. In fact, the opposite can even happen: Waxing, tweezing or threading can reduce hair growth, because some hair follicles get damaged by the removal process and stop producing hair, she said.

Another way to control unwanted hair growth is to use a prescription cream called Vaniqa, which makes hair grow more slowly, finely and possibly lighter in color when applied twice a day. But the cream only works for as long as it’s used; once you stop applying it, hair will grow back the way it grew before, Lamb said.

If you want to eliminate chin hairs permanently, you might consider laser hair removal or electrolysis, Lamb said, which both work by damaging the hair follicle so it stops producing hair.

When unusual hair growth is cause for concern

If you’re noticing more hair growth than usual, and it’s appearing not just on your face but also on your chest, lower abdomen, inner thighs or back, you may want to see a doctor. This type of excessive hair growth, called hirsutism, can be caused by genetics or as a side effect of certain medications. In many cases, it’s nothing to worry about. But hirsutism can also be a symptom of another medical condition that requires treatment, Lamb said.

One condition that can cause hirsutism is polycystic ovary syndrome, so called because small cysts grow in the ovaries. The cysts lead to increased androgen production, promoting hair growth, Cohen explained, resulting in coarser, darker hair. Other symptoms of PCOS include period irregularities, weight gain and acne. It’s important for women with PCOS symptoms to see a doctor, Lamb said, because when untreated, it can lead to infertility. Typically, PCOS is treated with lifestyle changes and medications, which could include birth control, progestin therapy or the anti-diabetic medication metformin.

Long-term use of corticosteroids, which are used to treat some autoimmune conditions as well as asthma, can also lead to changes in hair growth patterns, including excessive growth, Cohen said. That’s because they, too, stimulate androgen production in the body.

Usually, though, sprouting extra hair is nothing to worry about, and it’s common.

“People ask me about it all the time,” Lamb said.

Gucci gives new meaning to the contemporary obsession with stars