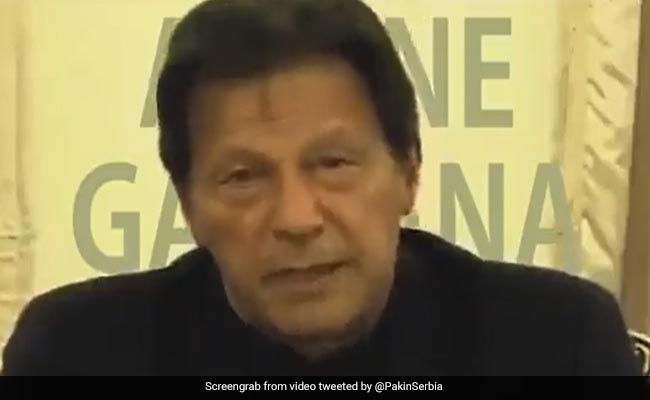 Pakistan’s main opposition party has demanded resignation of Prime Minister Imran Khan for allegedly defaming the country and its political parties only to hide his own corruption at a time when foreign dignitaries were in the capital to attend a high-profile international summit.

Pakistan Muslim League-Nawaz (PML-N) information secretary Marriyum Aurangzeb said that Khan-led government had already completed more than three years of its term, but it seemed that he had been suffering from “Sharif family phobia” as he kept on mentioning their names all the time, instead of highlighting his own achievements, Dawn newspaper reported on Monday.

She was referring to the prime minister’s interview to Al Jazeera on Friday in which he had once again hit out at his political rivals from the powerful Bhutto and Sharif families, blaming them for promoting corruption and destroying the country.

He had stated that fighting with the two family-led political parties including the PML-N and PPP was like fighting a mafia and alleged that both the parties used state resources as well as the media against him.

Marriyum questioned the timing of, what she called, the political interview and alleged that it was an attempt to sabotage and damage the country’s image at a time when the foreign ministers of the Muslim countries were arriving in Pakistan for the meeting of the Organisation of Islamic Cooperation (OIC) on Afghanistan.

She alleged that Khan had committed the same act when the Chinese president was to visit the country in 2014 during the PML-N government’s time. The visit was postponed due to law and order situation in the wake of sit-in and protests by Khan’s party workers.

She said it seemed that the prime minister did not possess the mental capacity to understand the sensitivity and importance of the OIC gathering and how he should present a positive image of the country to the leaders of the Muslim world in Pakistan.

This, she said, was because Khan knew nothing other than persecuting and victimising the opposition and blaming them for his failures. She alleged that Khan was bringing a bad name to Pakistan only to hide his own incompetence.

She asked Prime Minister Khan to step down from the office, if he really wanted to provide relief to the masses.

Marriyum, who had served as information minister during the previous PML-N government, said that despite keeping Leader of the Opposition Shehbaz Sharif in jail for over a year on “fictitious charges”, imprisoning PML-N leaders in death row cells, abusing power and weaponising and misusing the National Accountability Bureau (NAB) and Federal Investigative Agency (FIA) and every national institution, Khan could not prove a single penny of corruption on the PML-N leadership.

She said the PTI government and its “rented touts” had already been embarrassed by the courts because they had never produced any evidence to back their false cases.

“Imran Khan and his mafias usurped trillions of rupees in corruption but none of them were held accountable under this government that pledged to be the so-called flag-bearer of anti-corruption,” she said, alleging that the prime minister was helping these mafias and cartels because they were running his home and everyday expenses.

The former minister alleged that Khan, a cricketer-turned-politician, was clearly and directly involved in every single one of the corruption acts that robbed the nation.

Calling Prime Minister Khan “the most corrupt leader in the country’s history”, she alleged that he was the only one to facilitate corruption institutionally.

All You Need To Know