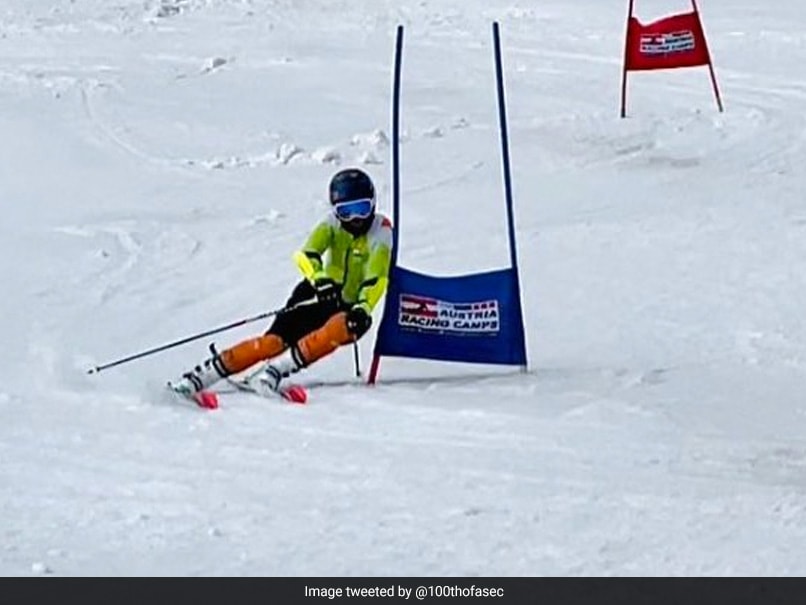 Arif Khan is the only Indian athlete to have so far qualified for the Winter Olympics.© Instagram

The Indian Olympic Association of India (IOA) on Monday appointed Ice Hockey Association of India’s general secretary, Harjinder Singh, as the Chef de Mission of the country’s contingent for the upcoming 2022 Winter Olympics in Beijing. Singh was the Chef de Mission of the Indian contingent for the 23rd Winter Olympic Games too, which was held in Pyeongchang, South Korea in 2018. IOA president Narinder Batra shared two pictures of him with Singh after the latter’s appointment.

The Beijing Games, the 24th edition of the showpiece that started way back in 1924, will be held from February 4 to 20.

US, UK, Australia, Lithuania and Canada have decided to boycott the Beijing Winter Olympics due to the alleged human rights abuse in China.

But Russian President Vladimir Putin recently confirmed he will attend the opening of the Winter Olympics in Beijing as a show of unity.

Kashmir’s Arif Khan is the only Indian athlete to have so far qualified for the upcoming Games.

What the Italian Open is foretelling about the French Open