Sanjay Kapoor and Maheep‘s daughter Shanaya Kapoor turned a year older today. On her special day, the Kapoor family took to their social media handles to shower love on the birthday girl. But what caught our attention is Khushi Kapoor‘s post for Shanaya.

Khushi posted a childhood photo of Shanaya. She wrote, “Happy Birthday to my sister” with a heart emoticon. The Kapoor sisters look cute in this priceless throwback photo and we can’t get enough of them.

Check out the photo here: 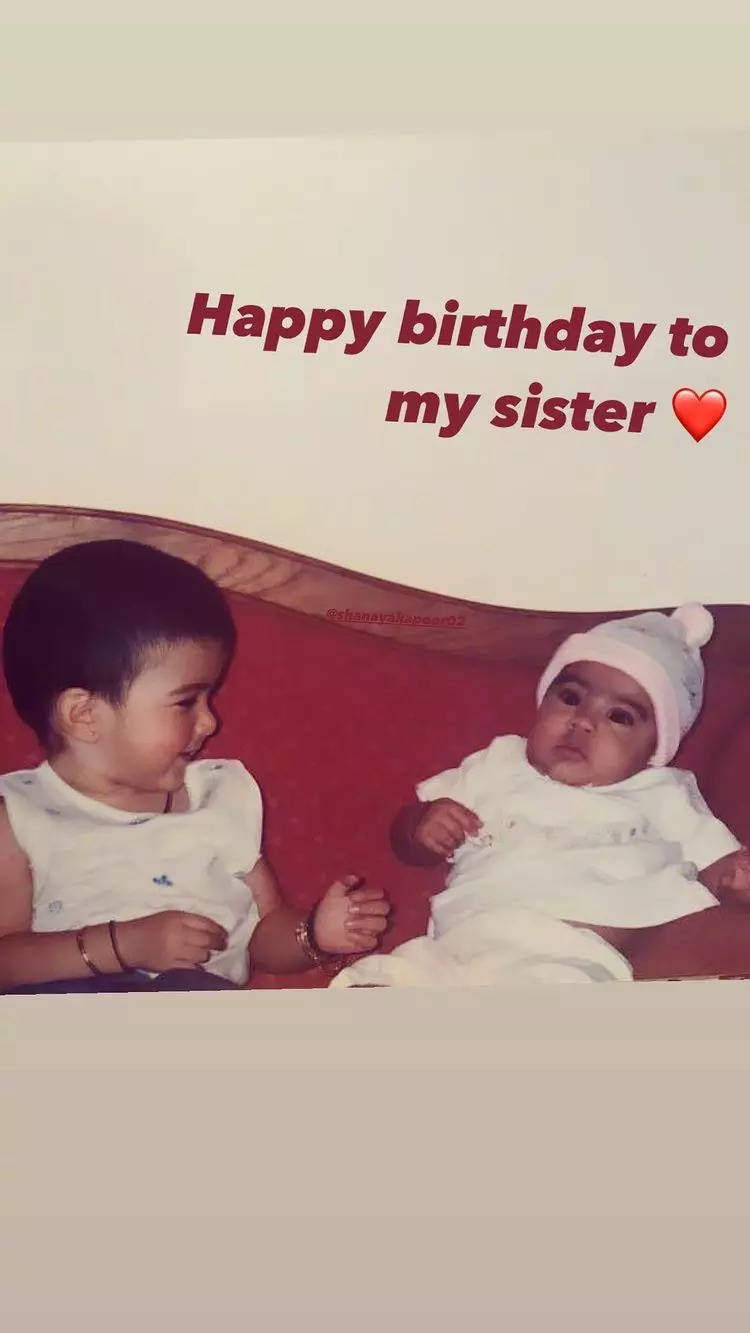 While Khushi has done an acting course in New York and has all plans of entering Bollywood. Speaking about her debut, Boney Kapoor had told Bombay Times, “I have the resources, but I would rather have someone else launch her because I am her father and one tends to get indulgent. You can’t afford to do that as a filmmaker and nor is it good for the actor.”

Speaking about Shanaya, she will debut in movies with Karan Johar’s production house. In March, the actress shared a special video on Instagram to announce her debut. ”Woke up today with the most grateful heart! Here’s to a great journey ahead with the @dcatalent family. Excited to kickstart my FIRST FILM (ahhh!!) this July by @DharmaMovies, can’t wait for you all to see what we’re up to! Stay tuned! #DCASquad ❤️