Banita Sandhu: ‘As a Punjabi I really wanted to be in Sardar Udham’

Banita Sandhu says she has a soft spot for her mentor Shoojit Sircar and would do any role the ace filmmaker offered her. Banita, who made her Bollywood debut with Shoojit’s October (2018) more recently played Udham Singh’s beloved Reshma in the director’s Sardar Udham, starring Vicky Kaushal in the titular role.

“Reshma adds poetic nuance to the film. I knew everyone was going to connect to Vicky and the film, but I didn’t expect the response to my scenes with him,” Banita told indianexpress.com.

Banita was aware that Shoojit was working on the subject since October, but somehow the project wasn’t coming together. Later she got to know that Vicky was playing the lead part, and after a few months she got offered a role too.

“I was in Bulgaria shooting for an American TV show. Shoojit sir called me with a role in the movie and I said “when can we start?” Honestly, I wouldn’t trust anyone else to have directed something with such intensity, something that holds so much gravity in terms of Punjabi history. Obviously as an actress it’s a huge honour but as a Punjabi I really wanted to be in this movie,” she said.

“I know Shoojit sir wouldn’t offer me anything he didn’t think I could do. He could have the best of the best actors if he wanted to. So I had the reassurance that he believed in my ability for this movie, just like October.” 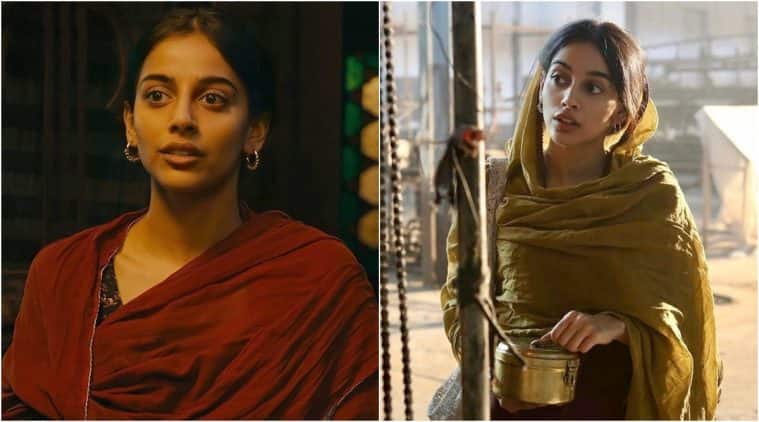 Banita has handful of scenes in the biopic. But despite a cameo, the actor got noticed for her silences since Reshma is hearing and speech impaired. “That was a challenge. I didn’t want it to seem ornamental or look like I was acting, but as if it was part of my body language. I came to Amritsar about a week before we started shooting. I visited a school there and interacted with kids everyday. It was really nice to kind of see things through their eyes.”

Though Banita confesses that she found nothing about Reshma in any text, all she did was rely on Shoojit, who “took creative liberty with Reshma.”

Speaking about the Jallianwala Bagh sequence, Banita revealed that her character’s fate was not shown to ensure it didn’t look “filmy.” She said Shoojit Sircar was mindful of keeping the focus on the thousands of victims. “Yes, Reshma’s death affected Udham in some way but his experience of carrying those bodies motivates him to lead the assassination. So I think it was very smart of Shoojit sir to include this kind of little love story, but there’s a much higher purpose in this film.”

While the film follows Vicky Kaushal playing Udham Singh across ages, Reshma is part of his life when he was barely 20. Interestingly, Banita failed to recognise Vicky the first time she saw him playing half his age.

“I remember I came to visit the set before I started shooting. I was sitting behind the monitor and I asked who this young Punjabi boy was. I thought he’s a random character. I was shocked to know it was Vicky. He had transformed in front of the camera. You’ve seen it in the film, but I was lucky enough to see it in real life. To share screen space with him is a milestone in my career, because he’s at a different level, one of the best talents we have. ”

Banita now hopes that Shoojit Sircar gives her a lot of dialogues in her next!