Khalida Popal turns to Maya Angelou to heal her hurt. Her Twitter timeline carries a quote from the great American poet and civil rights activist: “I’ve learned that people will forget what you said, people will forget what you did, but people will never forget how you made them feel.” Khalida, the former Afghanistan women’s football team captain, now lives in Denmark after organising mass evacuation efforts, helping lots of female athletes out of the country in the wake of the Taliban takeover. More recently, Fifa evacuated 57 more players and their families from Afghanistan.

Against this backdrop, the Afghanistan men’s cricket team is playing at the ongoing T20 World Cup, players trying to be politically correct during media interactions, embracing stoicism.

How are they feeling deep inside? Mohammad Nabi’s troops were seen in tears when the national anthem was played in Sharjah before their match against Scotland. A News9 Sports report claimed that the Taliban government officials took exception to such an emotional outbreak, asking the team to be matter-of-factly instead.

Following the takeover, the Taliban has replaced the erstwhile national flag and reportedly banned the national anthem.

Afghanistan rolled over Scotland in their tournament opener before playing against Pakistan, a game which the country’s Khaama Press News Agency called “one of the most exciting games in WC”.

Even Rashid Khan has changed since his Twitter post-two-and-a-half months ago. When the former captain was asked about the situation back home on Thursday, he replied: “Things are getting better. Getting normal back home and hopefully, that’s something which we only hope to see much better in the future as well.”

Is Afghanistan cricket in a quagmire of fear? After an initial ‘Hi’ from a former Afghanistan Cricket Board (ACB) official, a query about the game’s situation back home was met with the sound of silence.

The men are by and large silent. But the women, from Khalida to Tuba Jan Sangar, the 28-year-old who worked to develop women’s cricket in Afghanistan, have been speaking. “Cricket is not just a game for Afghan people. Everyone loves cricket. Now there is no hope. Our players, our staff, they are stuck in Kabul. They are just worried about their own lives.” Sangar, now based out of Canada, told Financial Times last month. 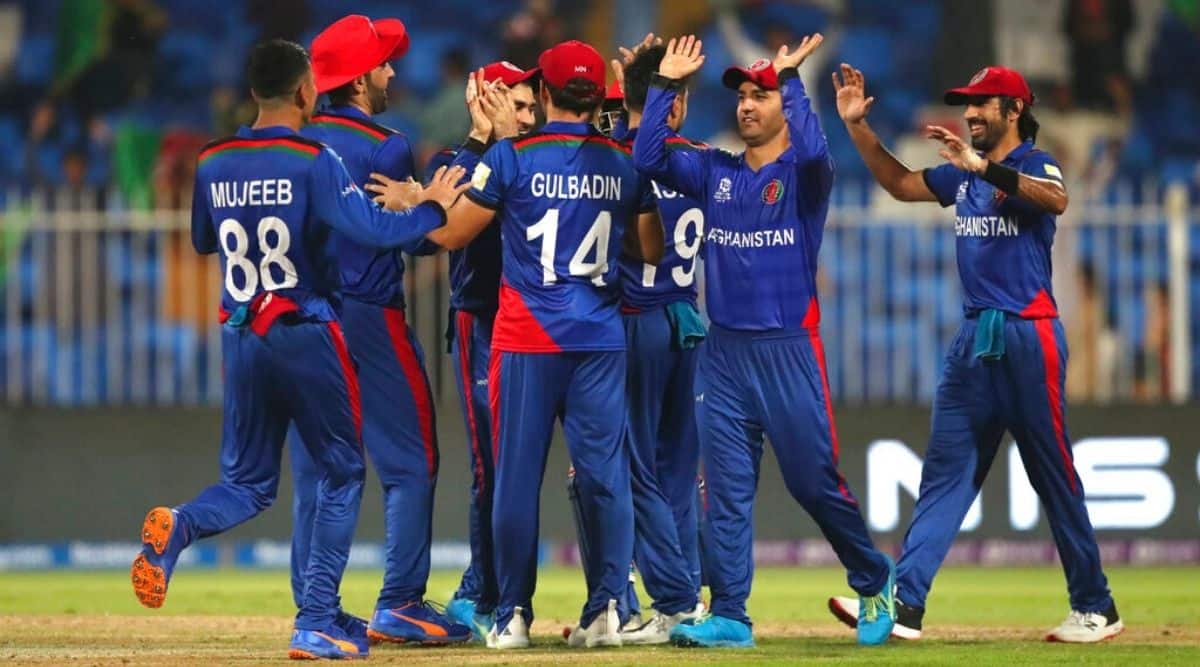 Despite ACB chairman Azizullah Fazli’s claim that the Taliban-led government hasn’t “officially” banned women’s cricket in the country, the world is far from convinced. In September, Cricket Australia (CA) said that it wouldn’t host Afghanistan for a one-off Test in Hobart in November if women’s cricket wasn’t supported. A CA tweet on September 9 stated: “Driving the growth of women’s cricket globally is incredibly important to Cricket Australia. Our vision for cricket is that it is a sport for all and we support the game unequivocally for women at every level.

“If recent media reports that women’s cricket will not be supported in Afghanistan are substantiated, Cricket Australia would have no alternative but to not host Afghanistan for the proposed Test match due to be played in Hobart. “We thank the Australian and Tasmanian Governments for their support on this important issue.” The International Cricket Council mandates all its Full Members to have a women’s team, which is non-negotiable, and the ICC Board is likely to discuss the Afghanistan issue after the ongoing World Cup. In the meantime, the global body has taken a ‘wait and see’ approach.

“This is a Board issue, not something that can be decided by the (ICC) management. They’re obviously keeping a very close eye on things,” an ICC insider told The Indian Express. Irrespective of the team’s performance at the T20 World Cup, Afghanistan cricket is staring at uncertainty.

“Do Or Die Situation For Us”: DC Spinner Kuldeep Yadav Ahead Of PBKS Clash