Shah Rukh Khan’s fans are rejoicing after his son Aryan Khan was granted bail by the Bombay High Court on Thursday. Several photos and videos of fans celebrating Aryan’s bail have surfaced from outside SRK’s residence Mannat where they are seen holding banners, bursting crackers and waving at the superstar’s younger son AbRam to express their happiness.

Soon after the court pronounced the bail, advocate Satish Maneshinde who is handling Aryan’s case, released a statement. Maneshinde also shared the first photographs of a happy Shah Rukh Khan along with Aryan’s legal team.

Maneshinde’s statement read, “Aryan Shah Rukh Khan has ultimately been released on bail by the HC. No possession, No Evidence, No Consumption, No Conspiracy, Right from the First Moment when he was detained on 2nd Oct 2021 …. Nor is there anything as of now. We are greatful to Almighty that our prayers were accepted by Mr Justice Nitin Sambre and granted bail to Aryan. Satya Meva Jayate. Satish Maneshinde & The Legal Team of Aryan.” 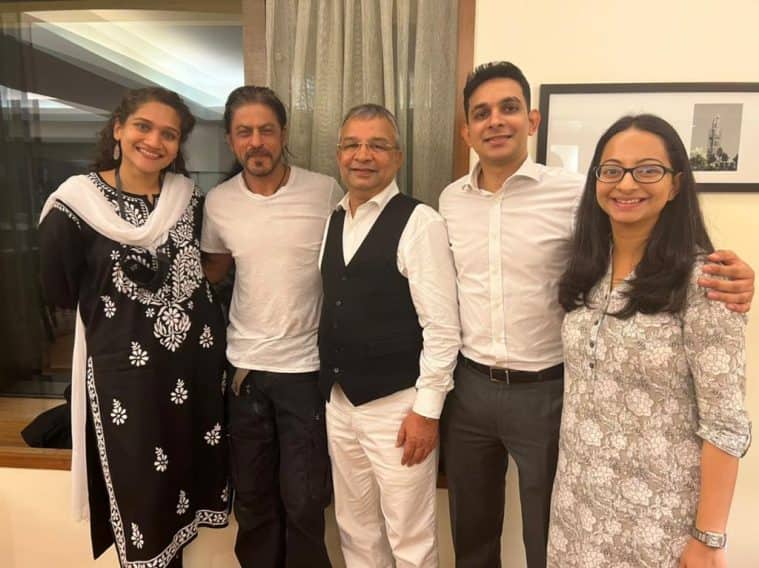 AbRam was also snapped on the terrace of SRK’s home Mannat, waving to his father’s fans who gathered outside the house after the bail decision was announced.

#WATCH | Earlier visuals from actor Shah Rukh Khan’s residence ‘Mannat’ in Mumbai after the grant of bail by Bombay High Court to his son Aryan in the drugs-on-cruise case pic.twitter.com/nCtoT7KuEf 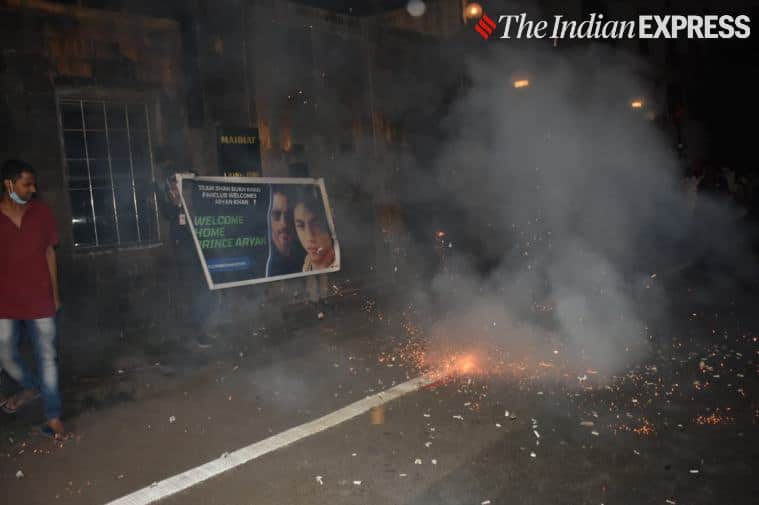 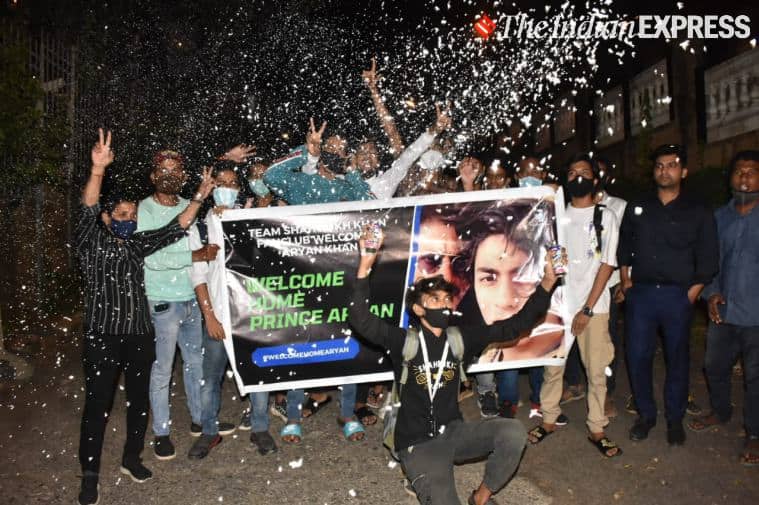 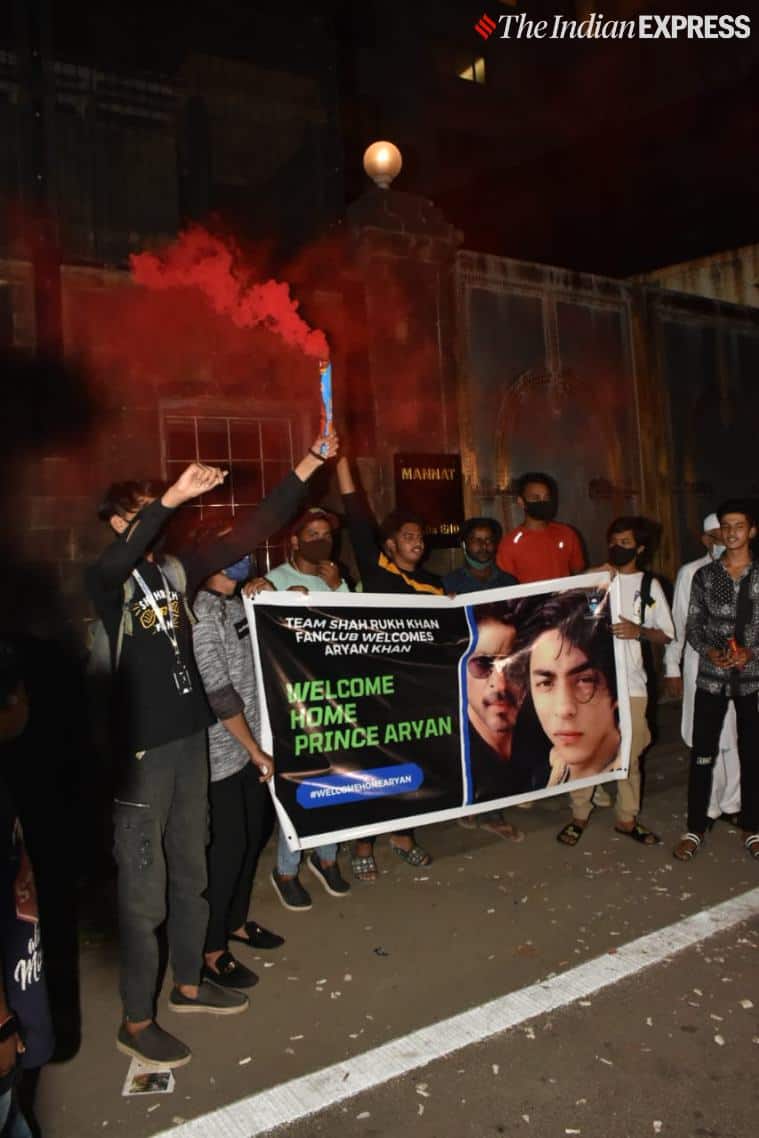 Aryan Khan is currently lodged at the Arthur Road prison. He will walk out on Friday.