Angelina Jolie, who stars in Marvel’s Eternals, has taken the fashion world by storm with her back-to-back dazzling appearances.

After making heads turn in a Versace gown, the actor was seen looking ethereal in a Dolce & Gabbana dress as she attended the Eternals’ photo-call in Rome. The off-shoulder satin dress featured a slight slit at the back and complemented her svelte frame rather well.

Sharing some pictures, the label wrote, “@angelinajolie wore a black #DolceGabbana satin dress paired with matching sandals to attend the Marvel Studios’ @eternals photo-call in Rome during the @romacinemafest.”

Prior to this, she was spotted in a metallic silver Versace gown that was accessorised with a pair of big silver studs. She was accompanied with her daughters Zahara (16) and Shiloh (14), who looked equally gorgeous. While the former opted for a Grecian-style dress featuring golden straps, the latter wore a black dress and teamed it with a pair of sneakers. The shoes went to make headlines for they are designed by Algerian-born Mehdi Slimani, known for being socially conscious. 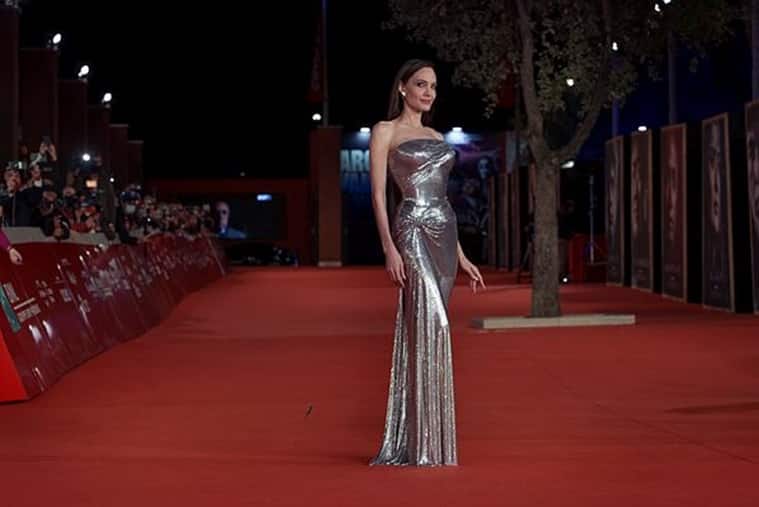 Even before thi,s her children exhibited their support for sustainable fashion when Zahara was seen in her mother’s 2014 Academy Awards Elie Saab gown while Shiloh opted for revamped version of a Gabriela Hearst poplin dress that Angelina had donned at the ‘Women for Bees’ initiative event earlier this year in July.

Anees Bazmee on Akshay Kumar not starring in Bhool Bhulaiyaa 2: ‘He is too big for these small things’