While the European migration crisis shows no signs of abating, Denmark’s Intelligence agency on Tuesday said that it doesn’t believe Islamist militants are taking advantage of the migration flow to sneak in terrorists into the West.

According to the Associated Press, the acting head of Denmark’s Security and Intelligence Service Finn Borch Andersen acknowledged that there could be “people who sympathise with militant Islamism among the refugees”, adding that “it is associated with high risks” for individuals to be spotted during a journey across the European continent.”

Meanwhile, Czech Republic leaders have reiterated that they’re determined to reject the plan for compulsory quotas to distribute refugees across the 28-nation EU bloc.

READ: Who gets what: Where refugees might go under new proposal

On the other end, Hungarian lawmakers have openly blamed European Union’s irresponsible policies that have invariably led to the deaths of refugees whose constant flow has led to a massive burden on the country’s economic development. Hungary is building fences on borders with Serbia, Romania and Croatia to halt the flow of refugees headed towards more prosperous EU countries like Germany and other richer nations.

Here’s a graph that shows which sections of refugee routes have been blocked by EU countries: 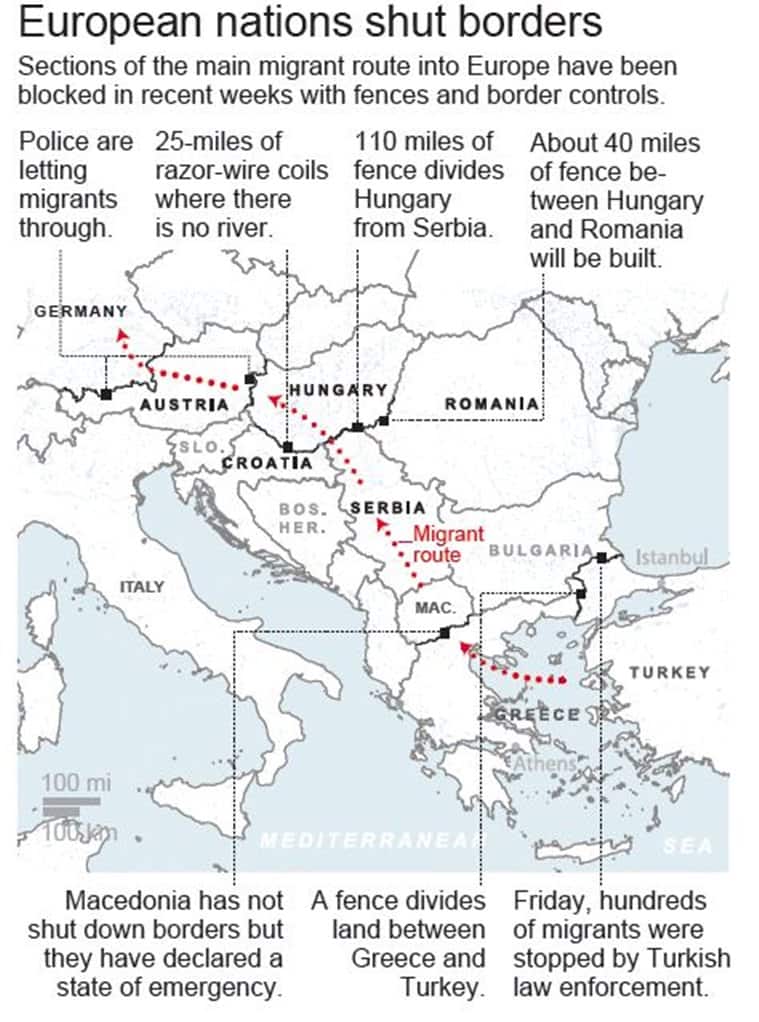 Filmmakers responsible for not create divisions in society: VP Naidu